SKOPJE, 22 April 2019 – Sunday’s presidential election in North Macedonia was well run and fundamental freedoms of assembly and expression were respected, and election day was peaceful, orderly and transparent. However, wide-reaching electoral reform is still very much needed, international observers concluded in a preliminary statement released today.

“This peaceful, generally well-run election demonstrated that the political will can be found to hold democratic elections,” said Sereine Mauborgne, Special Co-ordinator and leader of the short-term OSCE observer mission. “This constructive approach must be maintained through the second round and beyond. I sincerely hope that following these elections real effort will be made to enact a coherent electoral law and finally address the long existing challenges.”

Some 1.8 million voters were eligible to cast their ballot in 3,396 polling stations across the country. However, the automatic exclusion of voters based on expired identification documents created an unreasonable barrier that affected some 11,000 citizens. While improvements in the accuracy of the voter register were noted, discrepancies between state databases and diverse data formats need to be addressed.

“Yesterday’s election was well organised and voters who participated in the election were able to make their choice freely,” said Marie-Christine Dalloz, head of the delegation from the Parliamentary Assembly of the Council of Europe (PACE). “The delegation regrets that the turnout was low for a presidential election. A mature functioning of the political system and a reform of the electoral law would re-engage citizens and ensure their active participation in the election of their head of state. The Parliamentary Assembly of the Council of Europe and the Venice Commission are ready to assist the authorities of North Macedonia in implementing the reforms.”

The campaign took place in a calm and peaceful environment, in which all participants were able to campaign without hindrance and fundamental freedoms were respected. State officials worked to maintain a clear distinction between their official and political activities, and to avoid using state resources in the campaign.

“We were pleased to see a campaign that addressed substantive concerns, with candidates engaging in debate on their visions for the future of North Macedonia,” said Reinhold Lopatka, head of the OSCE Parliamentary Assembly (OSCE PA) Delegation. “All three candidates clearly advocated for further European integration; whatever future the people here may choose, democratic elections will be crucial. The clear efforts made by state officials to avoid mixing political and official activities are an important development, helping to level the playing field for candidates.”

The election administration carried out its work impartially and enjoyed the confidence of the majority of stakeholders. However, the transparency and efficiency of the State Election Commission was hindered by technical malfunctions of its information and communication systems, raising doubts over IT security.

ODIHR’s media monitoring found that the public broadcaster provided impartial coverage and the media overall presented diverse information on the candidates and the political parties supporting them, enabling voters to make an informed choice. Both public and other media broadcasters covered the campaign and were mostly neutral in their reporting, while online and print media sometimes lacked balance in their coverage.

Concerns continue over the legal framework. While the law does allow for democratic elections, the electoral code is not tailored to the requirements of a presidential contest. The absence of explicit campaign rules for candidates resulted in parts of the campaign being carried out on the basis of cross-party agreements that did not provide equal opportunities to all candidates.

“The election was smoothly run, and shows just how much can be achieved when there is genuine political will,” said Corien Jonker, Head of the election observation mission from the OSCE Office for Democratic Institutions and Human Rights (ODIHR). “I hope that both the national authorities and political parties will continue to work in this spirit. The electoral reforms ODIHR has previously recommended need to be completed, with a focus on the transparency and accountability of campaign finance.”

It was the lack of uniform reporting of candidate expenditure, regulation of third-party campaigning, and reporting by political parties supporting candidates that reduced both the transparency of campaign finance and the effectiveness of oversight.

The international election observation mission comprises some 240 observers from 38 countries, including 189 long- and short-term observers deployed by ODIHR, 40 parliamentarians and staff from the OSCE PA, and 12 from PACE. 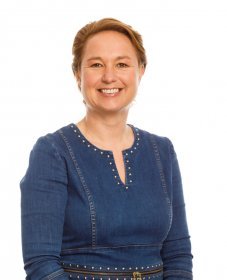